As good as cinema gets…

The release of Incredibles 2 marks the 20th film in the Pixar roster. It has been an astonishing run since Toy Story changed the game for animated movies as the first Pixar feature film back in 1995. For 15 years between the release of Toy Story in ’95 and Toy Story 3 in ’10, Pixar Animation Studios was untouchable, delivering 11 almost perfect movies. Since then, quality has dipped somewhat but films such as Inside Out and Coco prove there is still plenty of life left in the Pixar oeuvre.

There is a lot to get through here so let us begin:

The only film in the entire Pixar roster to be certified as ‘rotten’ on Rotten Tomatoes, Cars 2 is not a terrible film by any means and is still visually impressive but in terms of storytelling it is forgettable and derivative. Even the addition of Michael Caine can’t save it from bottoming out on this list.

Better than Cars 2. Indebted to the Rocky franchise (which ain’t a bad thing). Cars 3 sees Lightning McQueen gearing up for one last race in the twilight of his career. Touching in parts but after three films in the Cars franchise already seems tired.

I actually enjoyed this prequel to the 2001 classic Monsters, Inc, but it lacks the ingenuity of its predecessor and the fact that it is set before the source material means everything is a little low stakes. Monsters University is enjoyable but, ultimately, lacking in substance.

Basically The Lion King with Dinosaurs as one of my mates eruditely put it. I’d like to say there is more to The Good Dinosaur than that but, in reality, there isn’t.

Snuck out just months after Inside Out, The Good Dinosaur is undoubtedly the Pixar film that made the least impact. It is still charming in places but it is also the worst non-sequel Pixar movie. This is reflected in the fact that it is also the lowest grossing Pixar film ever.

Edges above The Good Dinosaur for Bob Odenkirk alone but Incredibles 2 still feels a little stale in the massively over-saturated market that is superhero movies. While the original had something new to say about the superhero trope, this sequel too often feels like a needless rehash of a bunch of stuff that we have seen before.

I always thought Dory was the worst thing about Finding Nemo but this sequel is just about different enough from its predecessor to justify its own existence. Having said that, I can’t imagine myself ever watching Finding Dory again and that is something that is true of too many Pixar sequels.

To be honest I was properly a child the last time I watched A Bug’s Life and while I remember thoroughly enjoying it, I could also be talking about Antz which inexplicably came out in the same summer. Who knows? Certainly not me.

It’s a shame that the extended Cars universe has diluted the product so much because Cars is actually a great movie. It suffers from the lack of a likeable protagonist but visually it is as good as anything that Pixar have put out there. Watch this. Ignore the sequels. 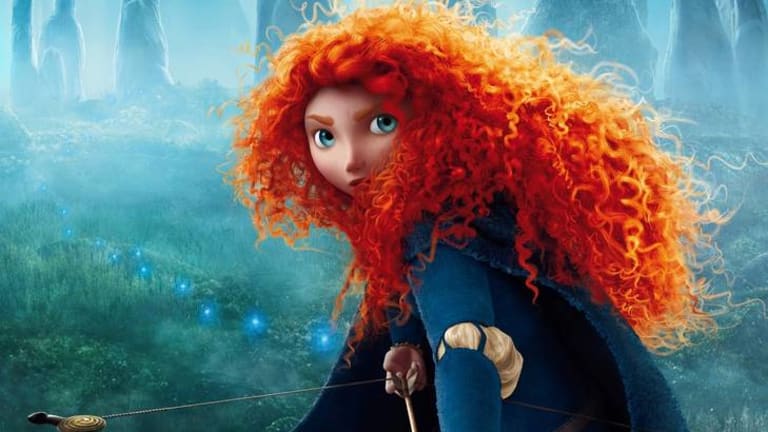 Perhaps the most underrated Pixar production, Brave suffers from being sandwiched between Cars 2 and Monsters University in what was the only real wobble that Pixar have suffered. Despite that, Brave is a funny, touching and refreshing take on the familiar princess narrative and it deserves to be re-evaluated.

It’s astonishing that Monsters, Inc is 17 years old. It still feels as fresh and innovative as the day it came out. One of the funniest Pixar films and also one of the most visually impressive, Monsters, Inc is bursting with ideas and was the first non Toy Story release to really capture the public’s imagination.

Another one that is slightly underrated, Ratatouille was the start of the golden age of Pixar animation, with WALL-E, Up and Toy Story 3 coming after this charming tale of rat who wants to be a chef. It could be argued that modern day Pixar has eschewed taking risks in order to churn out sequels and prequels but Ratatouille marked a time when Pixar transcended the idea of making films that were meant for children and started creating masterpieces.

A masterful subversion of the superhero trope, The Incredibles was everything that Watchmen should have been. Hilarious, intelligent and a whole lot of fun. The popularity of The Incredibles seems to have waned a little with age but the quality of the work itself certainly has not. A minor classic.

Coco arguably marks the first time that Pixar put out a risky movie since Brave back in 2012. By setting the film in Mexico with an all Latin American cast of characters and voice actors, Pixar had to trust that stupid white people wouldn’t be alienated enough to still pay their stupid, white money to show up and watch the damn thing.

The risk paid off in spades. Coco is as poignant a meditation on death and the afterlife as you will see anywhere in cinema. Some achievement for a supposed children’s film. 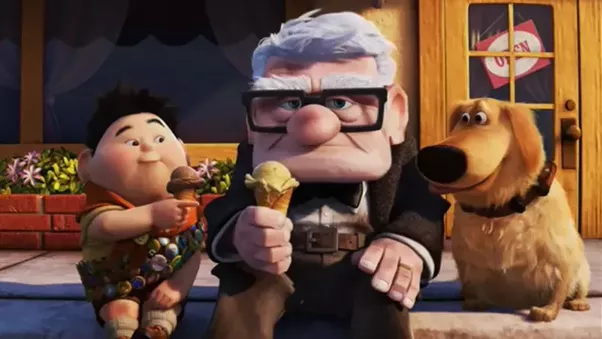 OK. Confession time. I don’t love Up the way that I know many others do. I couldn’t relate to it on any kind of emotional level. Perhaps because I am a heartless monster or perhaps because I was quite hungry when I watched it. Despite that, there is no doubting that Up packs an emotional wallop, and it has become one of the most iconic films in the Pixar roster.

The third Pixar movie might be the worst Toy Story film but it is still one of the finest animated films ever made.  It lacks the chalk and cheese energy of the original and the resonance of Toy Story 3 but it is still a rip-roaring triumph in its own right. One of the very few sequels that could be argued to have out-shined the original. Although not by me.

The film that established Pixar Animation Studios as something really special, Finding Nemo combines the sweet, saccharine loveliness of the best Disney films with the visual beauty and innovation of a Pixar film. The result is a stone cold classic of animated cinema. Just keep swimming…

Historically, I am quite an emotional man. I once cried because I dropped my chippie-purchased sausage on the ground and my ‘friend’ stood on it. That being said, it is rare for a film or TV show to make me well up (apart from Scrubs. The one with Brendan Fraser… Christ I’m off again). Of all the films on this list, Toy Story 3 is the one that made me lose my shit and blub like a tiny, tiny man child.

A simply beautiful piece of cinema.

The one that started it all. Toy Story was Pixar’s first ever feature film. It changed everything. The ’90s were a golden age of animation with The Lion King, Aladdin and South Park: The Movie all dropping in that most excellent of decades. Toy Story beats out all competition to be the undisputed greatest animated film of its decade.

There was a lot riding on Inside Out. The runaway commercial and critical success of Toy Story 3 was followed by Cars 2, Brave and Monsters University. All fine films but deservedly down the bottom end of this list. Inside Out is imaginative, sentimental and joyous. Something for children to relate to and for adults to feel nostalgic about. As perfect a rendering of childhood and coming-of-age as you will see anywhere. Except maybe Stand By Me…

The bestest, bravest and most wonderful animated feature film ever produced. WALL-E is a revelation. I have a friend who doesn’t really like films. He’s weird like that. Even he loves WALL-E, the crazy fool.

You know when you love a film so much that you are scared to watch it more than a few times in case it begins to lose its glow? That. A thousand times that and more. I love you WALL-E.

And so, dear reader, our journey into Pixar Animation Studios has come to an end. We laughed, we cried, we found a snake in our boot. With these 20 films, Pixar has created something astonishing. Star Wars, Lord of the Rings, Harry Potter, you can forget all of them. These movies are the best cinematic body of work ever produced. Revel in them. Know them as I do. Love them.