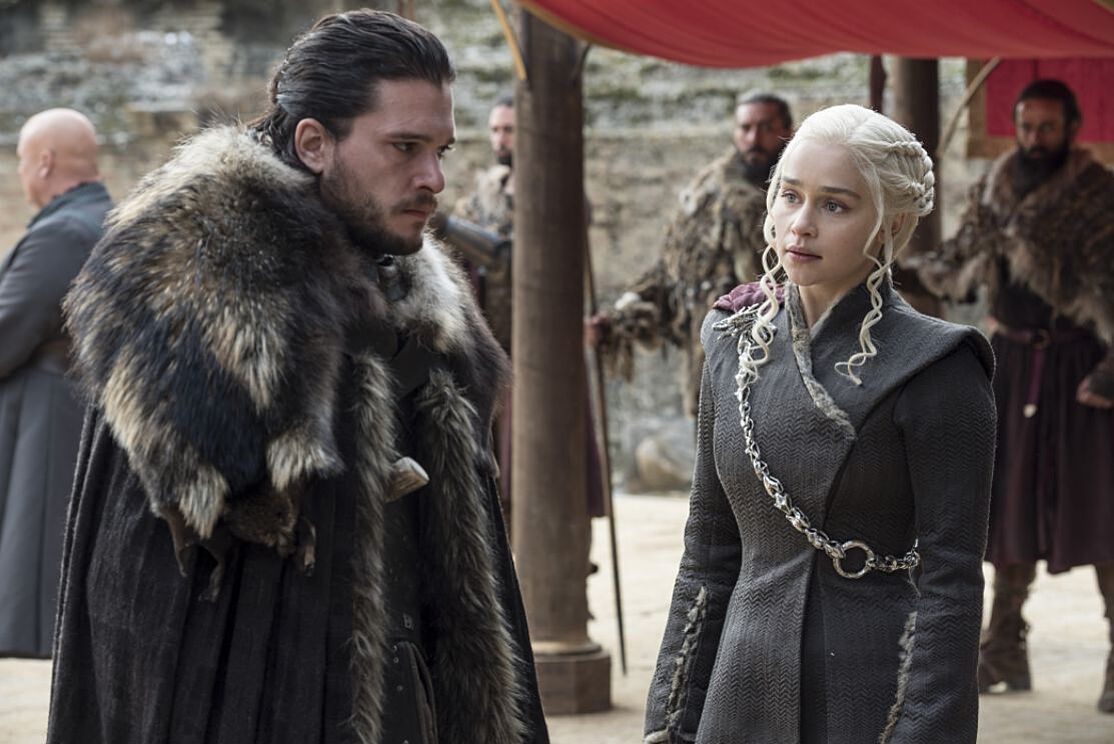 Where to start? In terms of action the season 7 finale felt a little like an auntie climax and an uncle disappointment but in terms of resolution, it was as good an episode as we have seen all season. Various loose ends were tied up in a mostly satisfying way.

At Kings Landing we had the grand entrance of Daenerys much to Cersei’s chagrin. We saw a number of long awaited reunions, notably between Brienne and Jamie, Tyrion and Bronn/Podrick and of course The Mountain and The Hound. Cleganebowl has become so hyped that it is impossible to see how it can live up to expectations but just glimpsing the two brothers share the screen was a thrill all of its own.

Negotiations did not go to plan at the capital, with Jon Snow’s honour preventing him from striking a deal with Cersei leading to  a whole clusterfuck of consequences,  culminating in Cersei calling on The Golden Company and sending Jamie away following a dispute. Jamie has long been my favourite character on Game of Thrones and the promise of him perhaps heading North to join the A Team is a thrilling one.

At Dragonstone, Theon finally  has his redemption by using his lack of a nob and bollocks to win a battle against a nameless member of the Iron Fleet and therefore convincing his men to try to rescue Yara. It appears that all Theon needed was someone to tell him that he doesn’t have to choose between being a Greyjoy or a Stark. If only someone would have told him that at the beginning.

Winterfell provided an exposition heavy series of solutions to long held puzzling problems. The underwhelming Arya/Sansa/Littlefinger trimutive of backstabbing was finally brought to a close in a scene that was shocking but also posed questions of its own. At one point did Sansa and Arya plot this little betrayal? There have been scenes containing only Sansa and Arya in this season in which they have made clear that they don’t like or trust each other. Their reunion to fell Littlefinger felt a little unearned.

Finally, to possibly the most botched storyline that Game of Throneshas ever produced. The handling of Jon Snows parentage has been, quite frankly, an utter shambles. Bran finally spelling it out in simple terms should have been a revelatory moment, instead it was a messy caveat that confirmed what we have already been told in not so subtle moments earlier in the series. The fact that this was revealed alongside Jon Snow and Dany being locked in an incestuous embrace didn’t make it any better.

The episode ends with a first look at Viserion as a wight and he is pretty terrifying. Tormund certainly shit his pants. Everything is in place for a season long war when GoT returns. It’s been a great run so far!